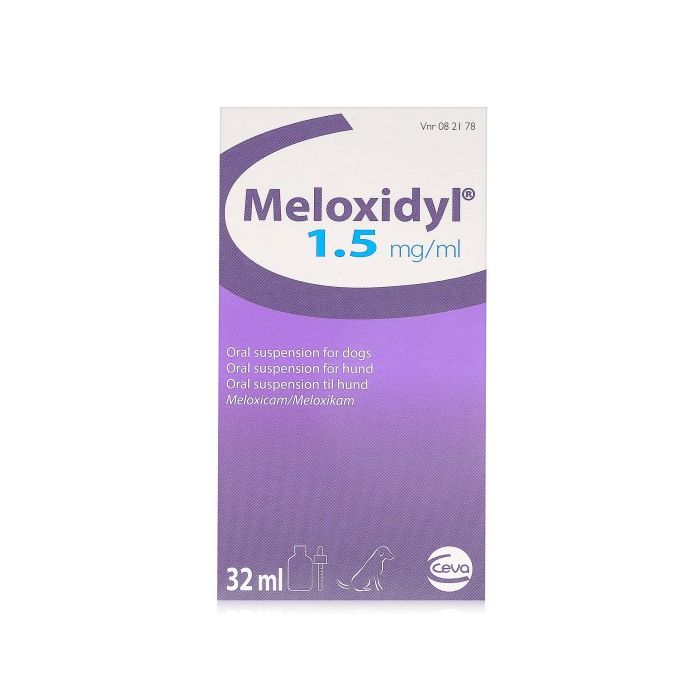 Meloxidyl is used for the relief of pain and inflammation associated with musculo-skeletal disorders in dogs.
Be the first to review this product
Add to Compare
£17.39
In stock
Reference
MX00004
Add to Wish List

What is Meloxidyl and who is it for?

Meloxidyl is a viscous oral suspension that is used for the management of pain and inflammation associated with musculo-skeletal disorders in dogs.

Meloxidyl is only available with a prescription from your veterinary surgeon.

What is the active ingredient in Meloxidyl?

What is in Meloxidyl?

How do I use Meloxidyl?

Meloxidyl is a prescription product and must be used according to the instructions of your veterinary surgeon.

Is there any further advice I should know about Meloxidyl?

If adverse reactions occur, treatment should be discontinued and the advice of a veterinarian should be sought.
Avoid use in any dehydrated, hypovolaemic or hypotensive animal, as there is a potential risk of renal toxicity.

Loxicom must not be administered in conjunction with other NSAIDs or glucocorticosteroids.