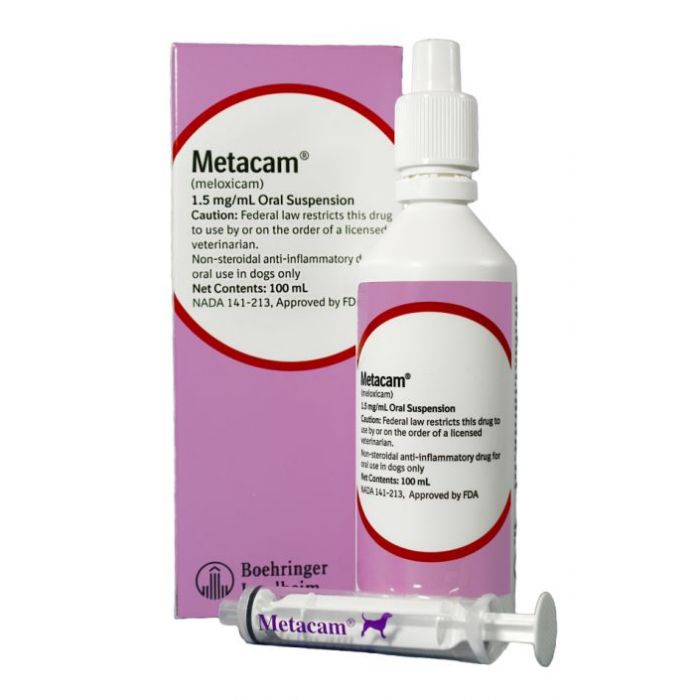 This product for dogs should not be used in cats as it is not suitable for use in this species. In cats, Metacam 0.5 mg/ml oral suspension for cats should be used.

Metacam must not be administered in conjunction with other NSAIDs or glucocorticosteroids.